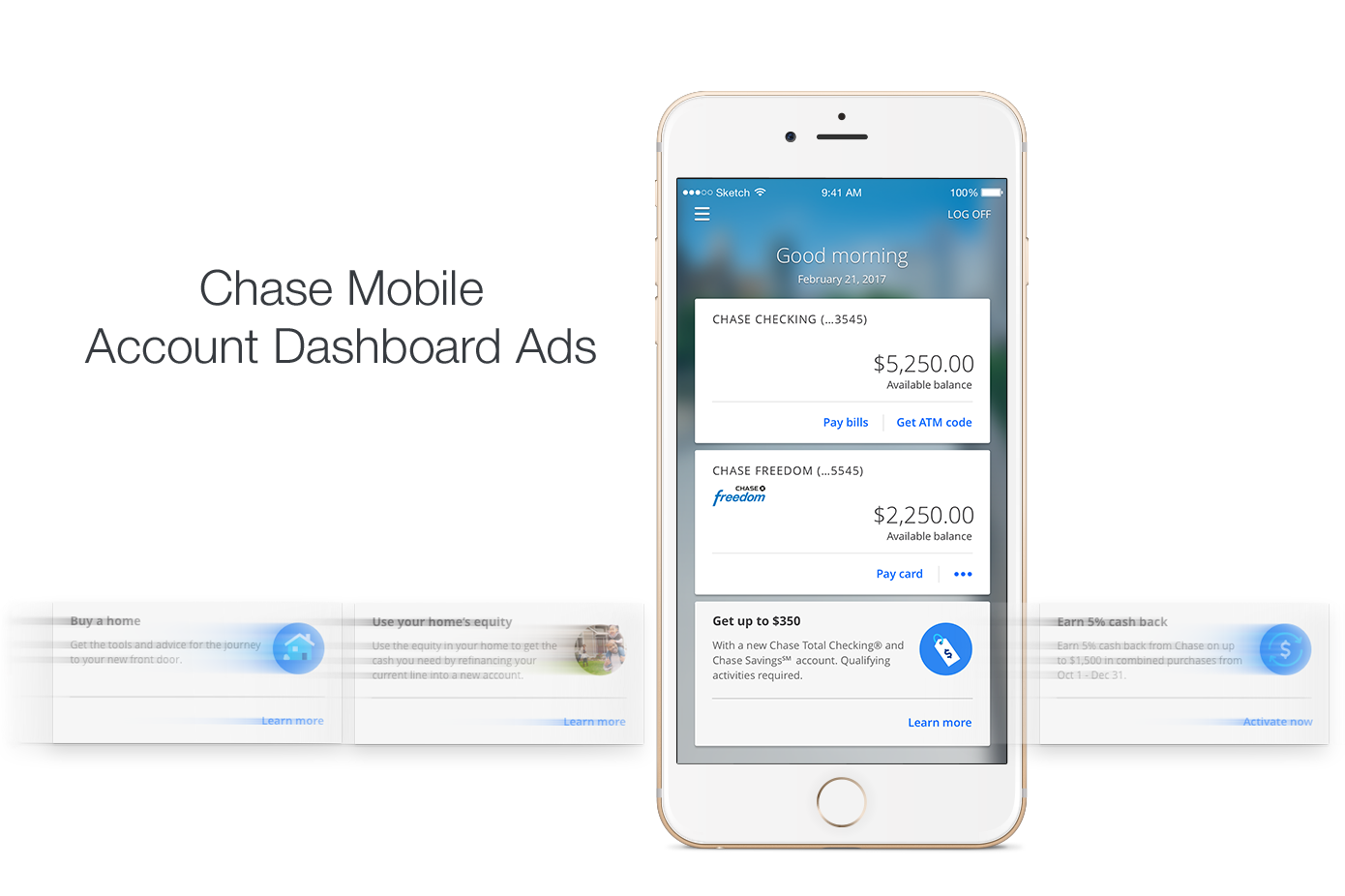 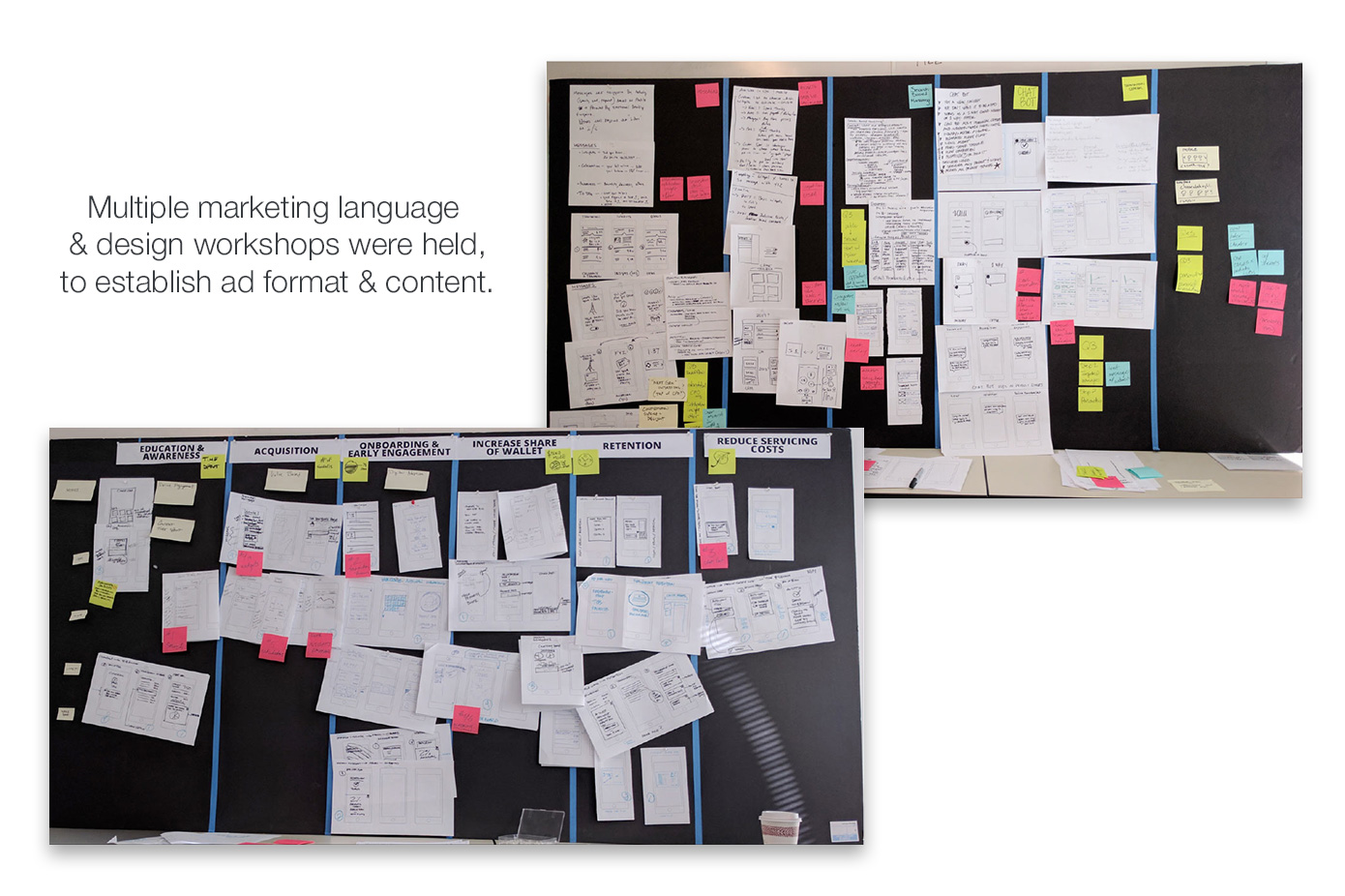 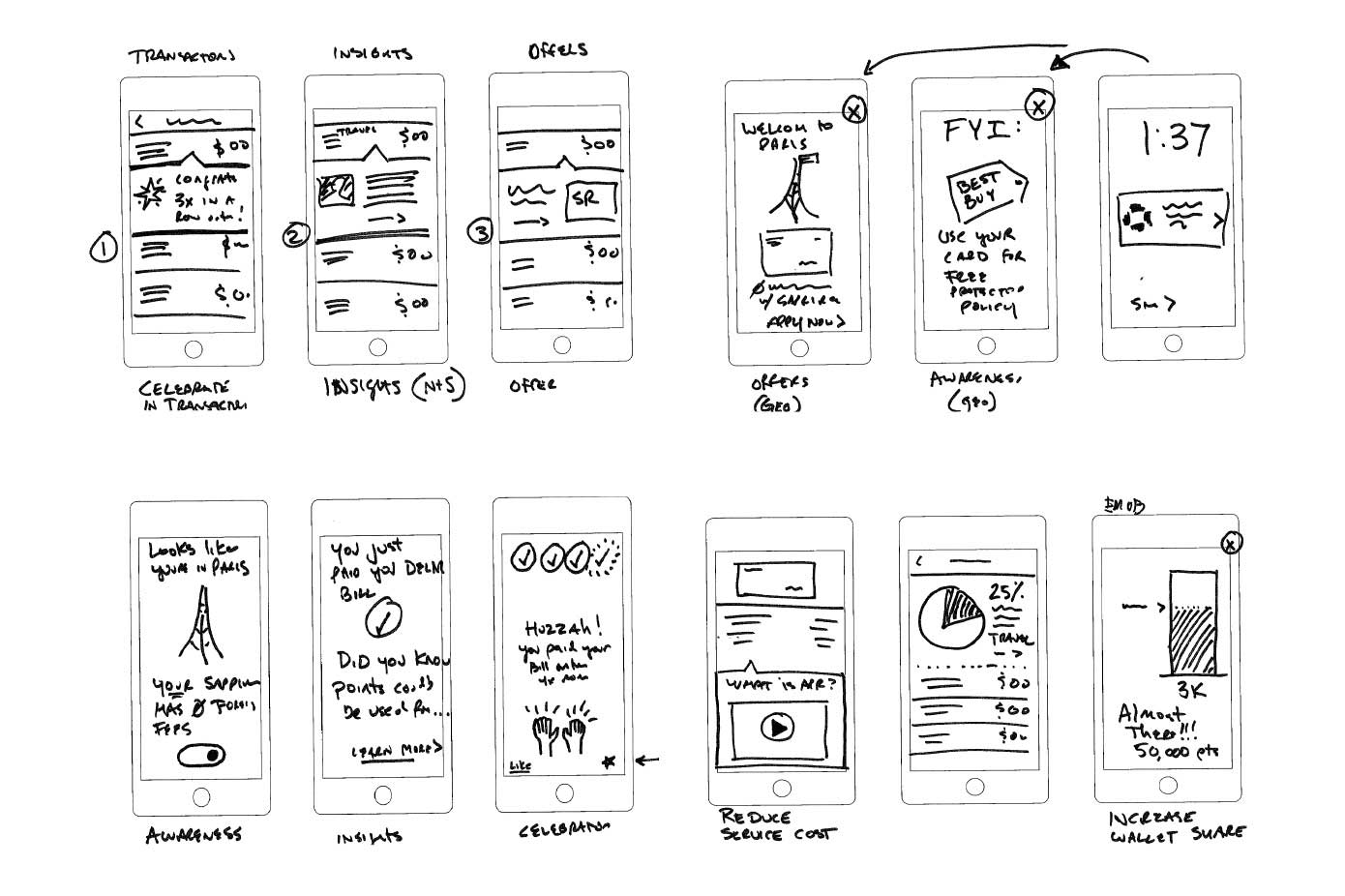 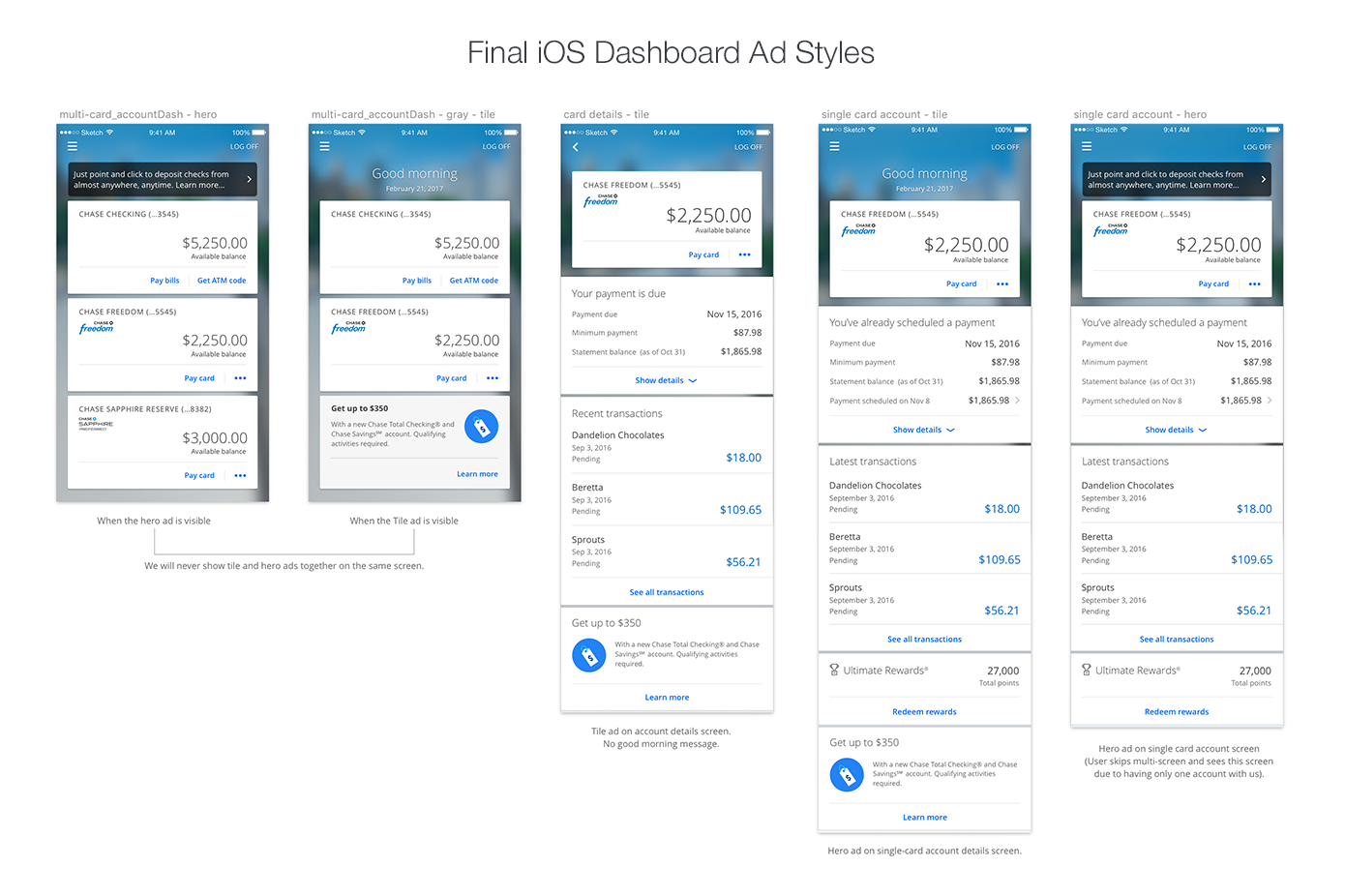 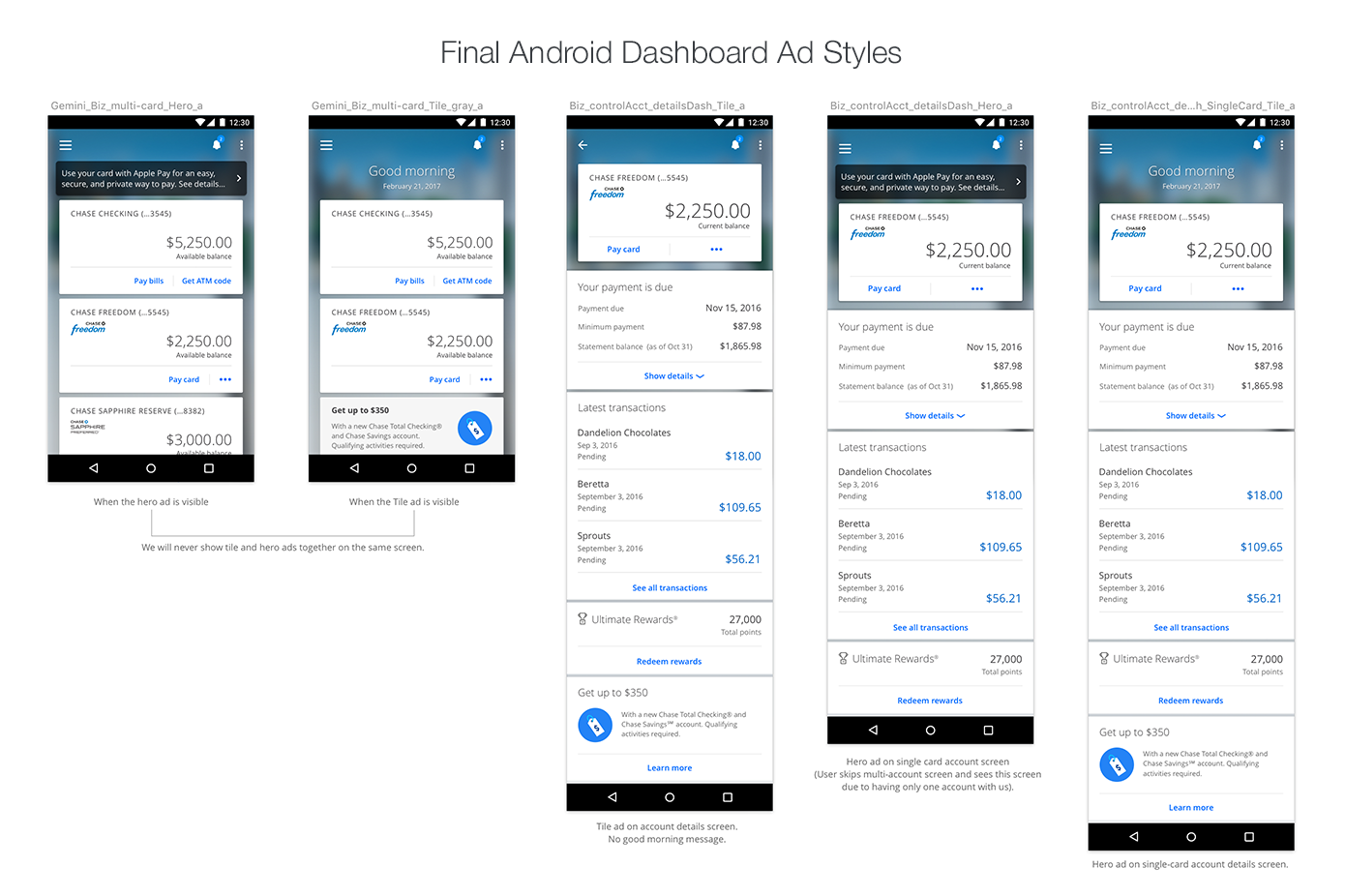 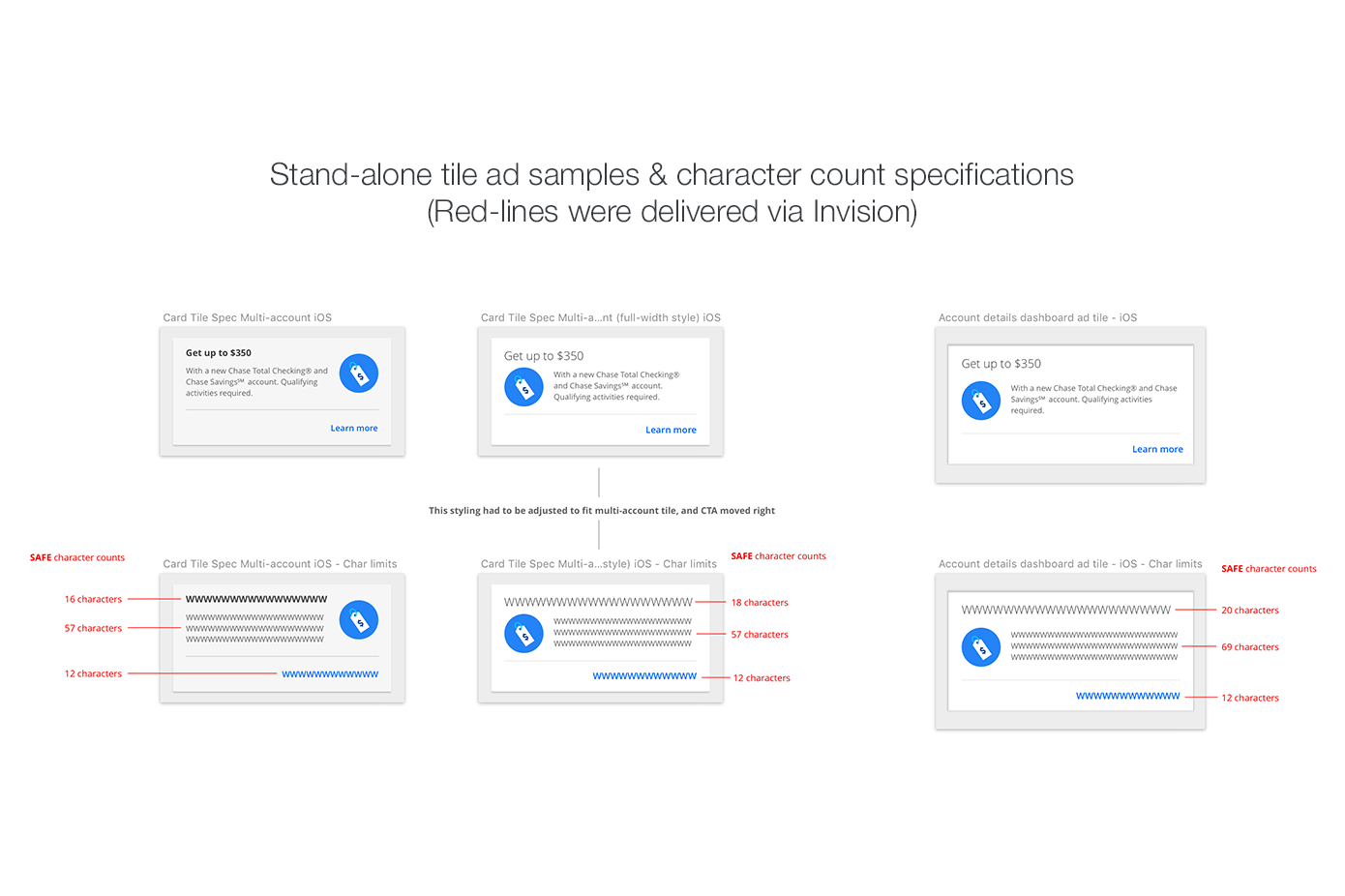 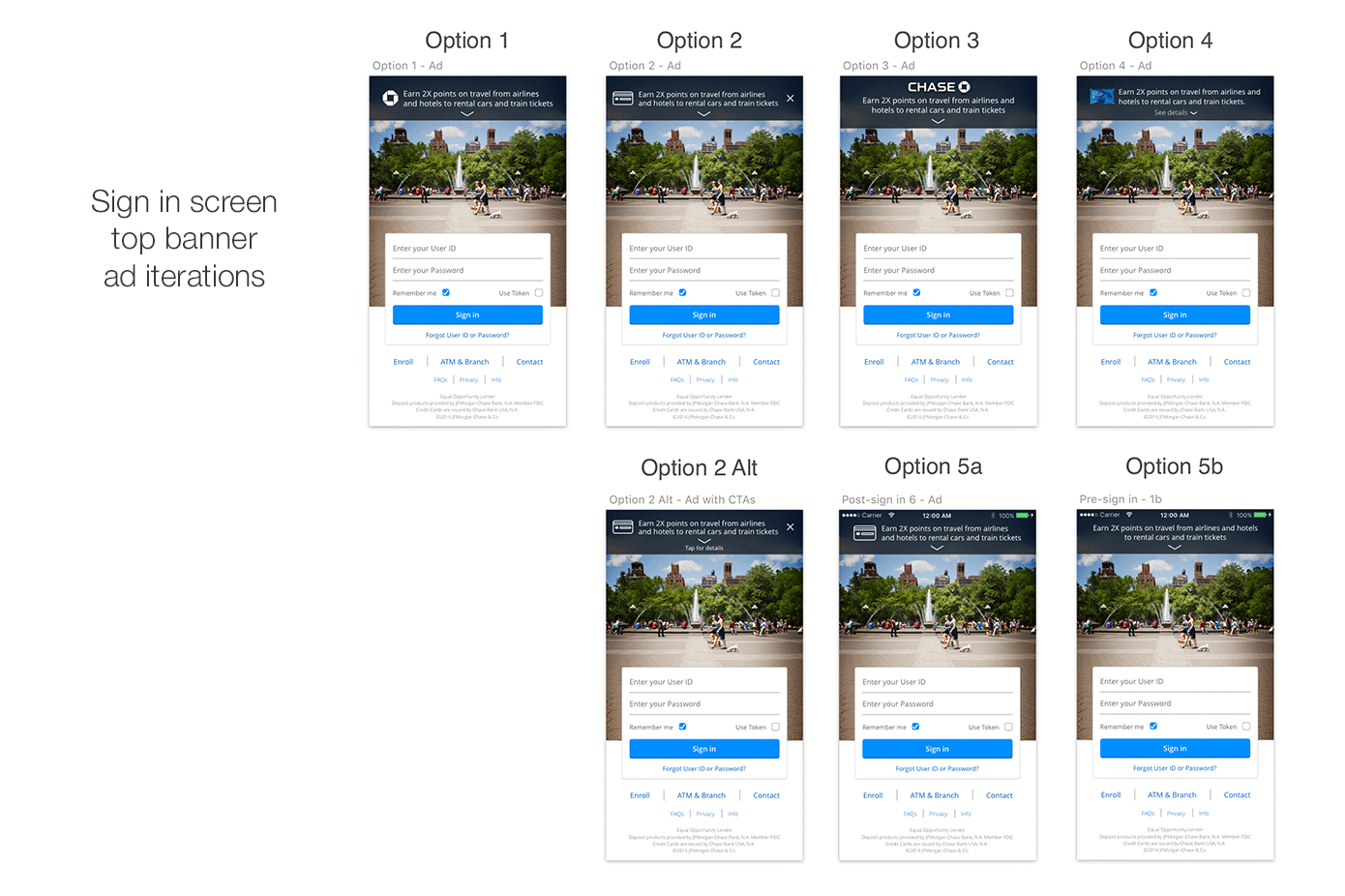 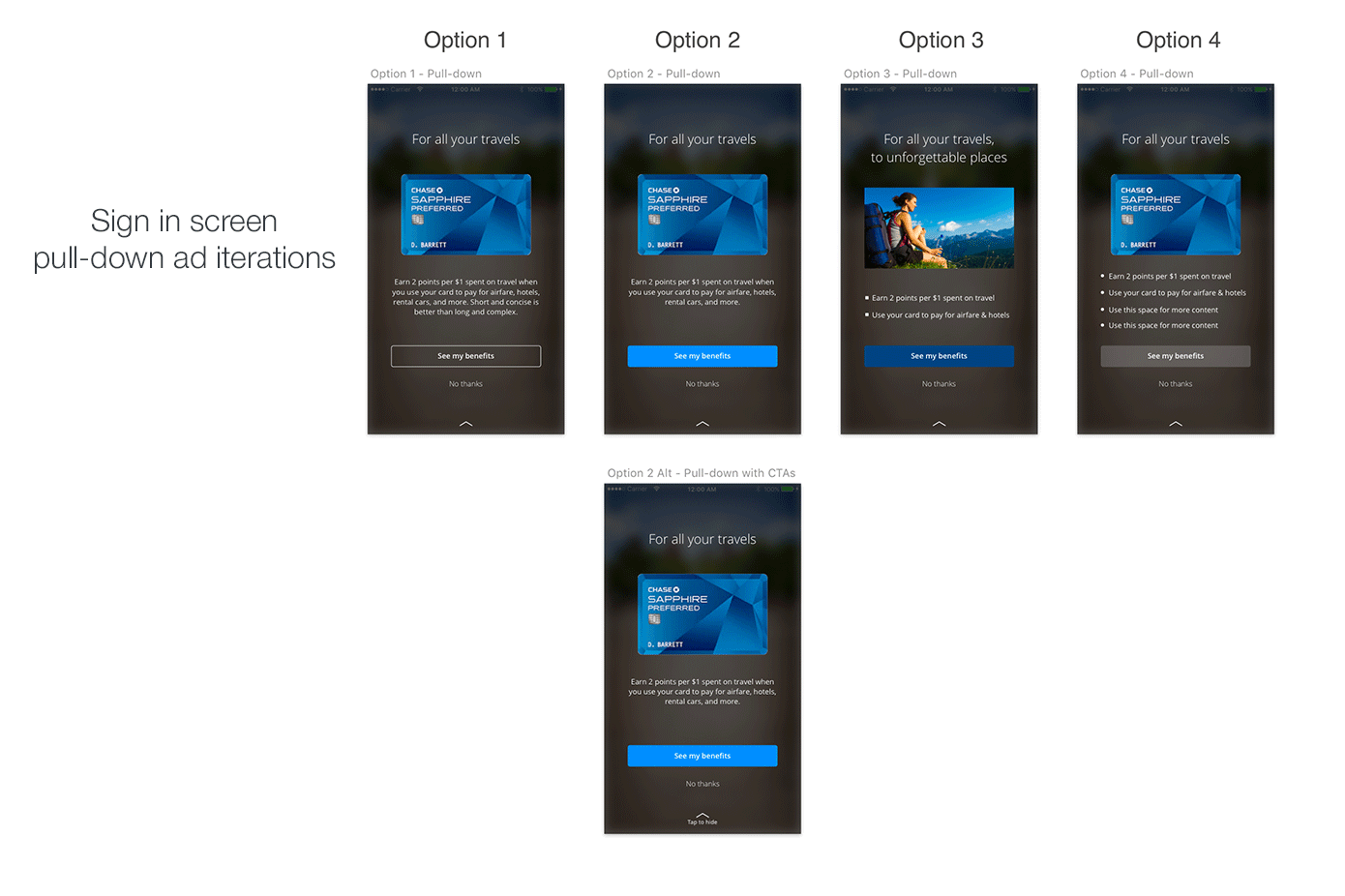 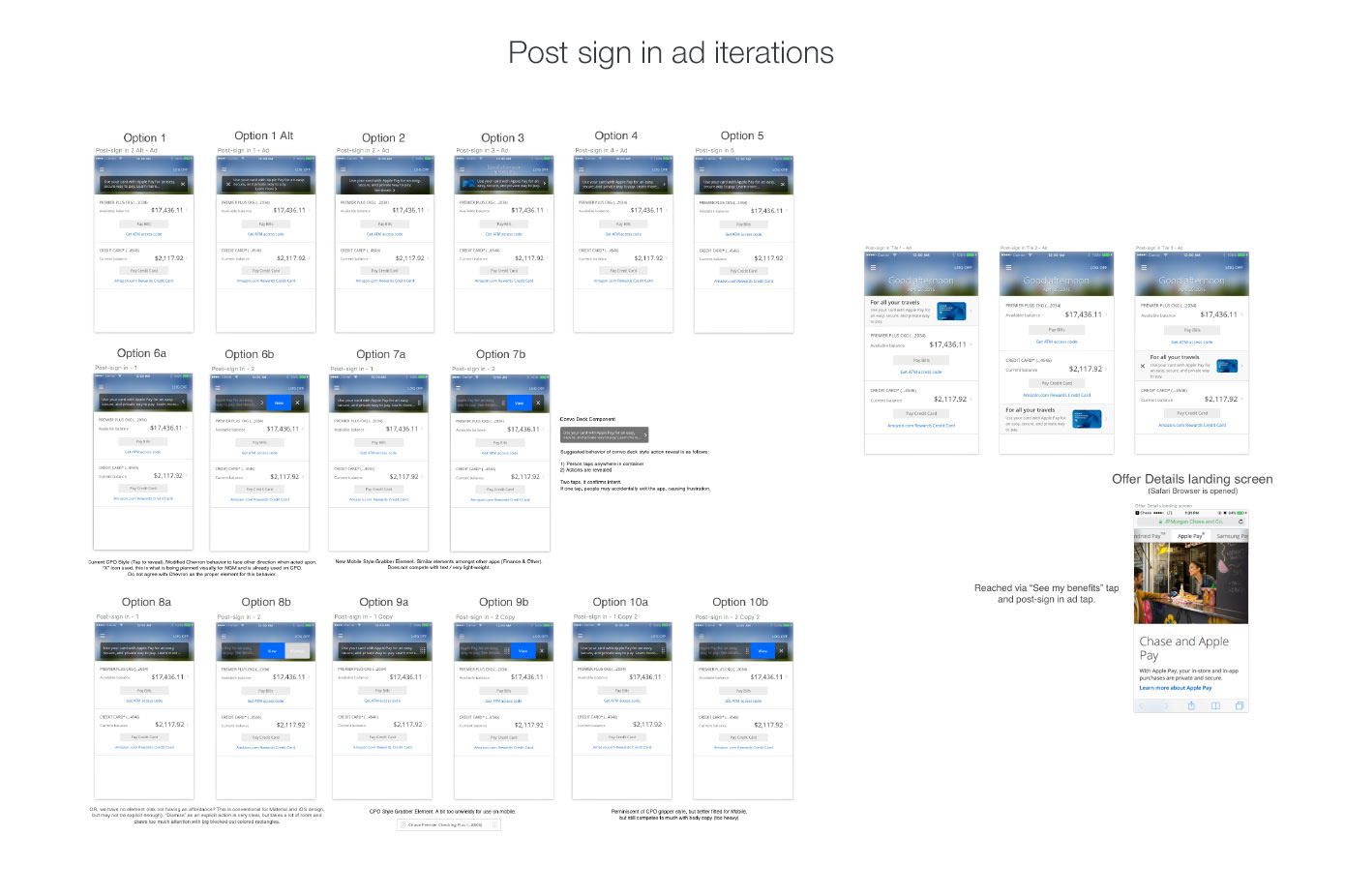 Of all the time I’ve spent at Chase, this was undoubtedly the most difficult project I worked on, both in terms of technical difficulty as well as political strife. The lessons I learned have been carried with me into every new project ever since.

Being my first project at Chase, I was not as adept at fighting the design battles for the good of the customer and the app’s design as much as I wished to be – Chase is a huge organization, and garnering enough support to fight certain battles can be tough. This, in turn, led to the result of this project. While parts of it were quite effective at first in generating revenue and “tap impressions” and thus making the marketing team happy, other parts upset a majority of the senior design leadership team & thus half of the designs that were implemented were stripped out of the app. With the help of my team members & senior design leadership, we were able to fight and prevent ads from appearing on the sign in screen and getting in the way of the customer’s primary objective on that screen – to sign in.

The goal of Marketing leadership was to put ads directly onto the sign in page, in the hopes that simply seeing ads there would be enough to get people to tap it. In the past, they had designed & implemented a few “test” ads on the sign in screen themselves (without consent or critique from the Chase Mobile app design team) to gather quantitative data around the performance. The ads were able to generate 60K new credit card accounts in the time they were active and were deemed successful by the business however, it was never properly designed. The ads were by no means intelligent – we couldn’t tell if you already had accounts with us or not, nor would they know if you’d already tapped them before. They also couldn’t be dismissed permanently and would be redundant (you’d see the same ad on the sign in screen and on your account dashboards) in the Chase app.

Realizing this was the first time the Chase Mobile app would be incorporating ads into the interface, I helped facilitate two workshops with critical marketing team members, product managers, and Chase Mobile app design team members alike to establish ad formats and language. After a 2 day workshop, we managed to generate enough ideas to take from concept to usability testing. We also received consensus from both the design & marketing teams on the path forward. After my many iterations and tweaks later, the Chase app had it’s first set of properly designed ads built into the app.

Despite all the political issues between marketing & design, I believe I did the best design work I could for the task given. While all the sign in ads were stripped from the app, the less intrusive dashboard ads remain to this day in the form of tiles on your account dashboards page, which can be tapped to take you to any given landing page for Chase products. Millions of people see these ads a day and provide people with further education of Chase products and lead to the opening of new accounts, accomplishing the goals of both the business teams and design partners. 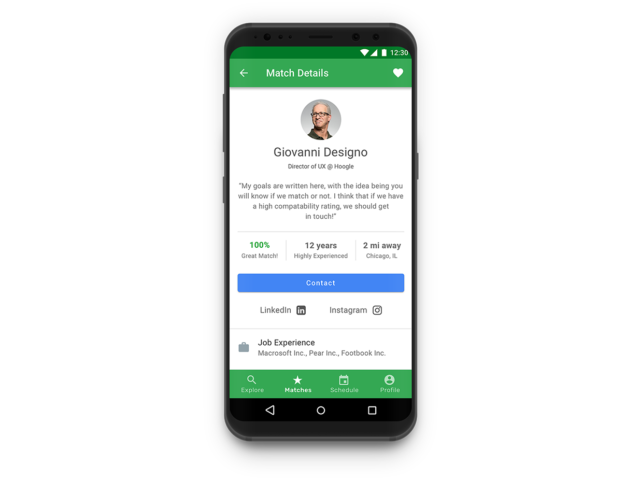 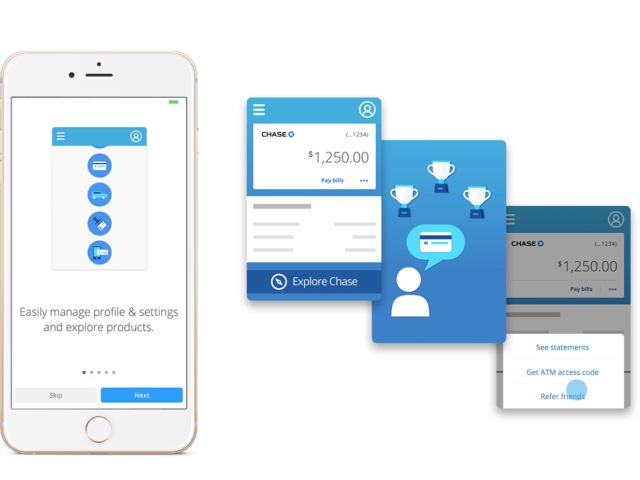 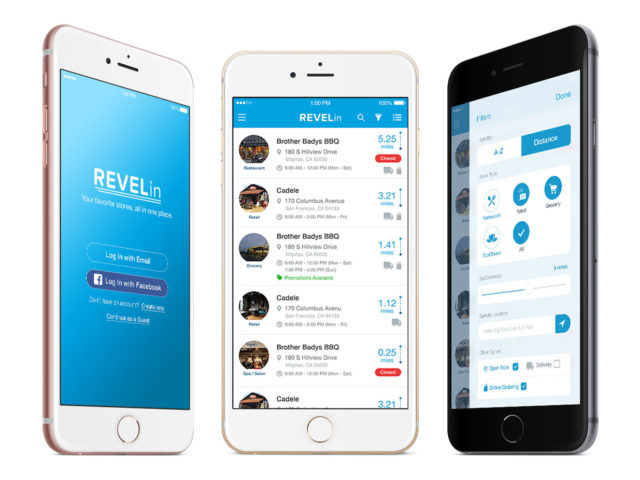 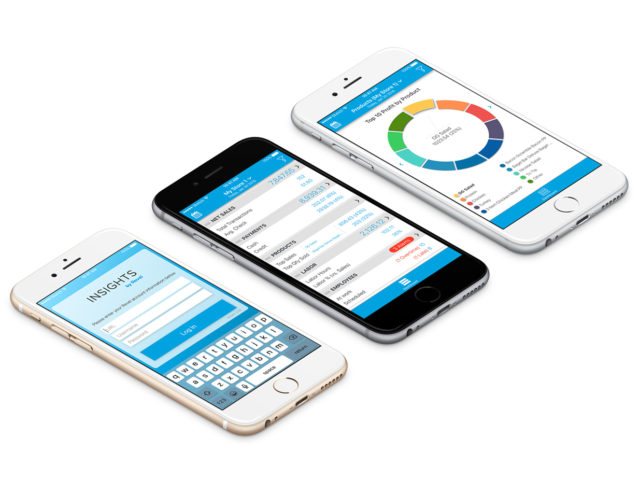 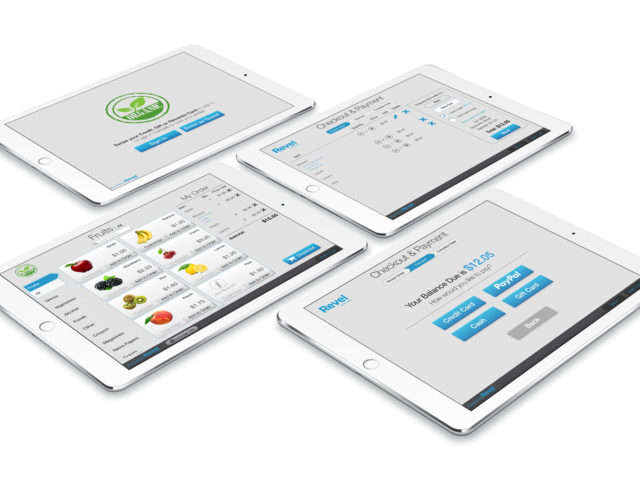 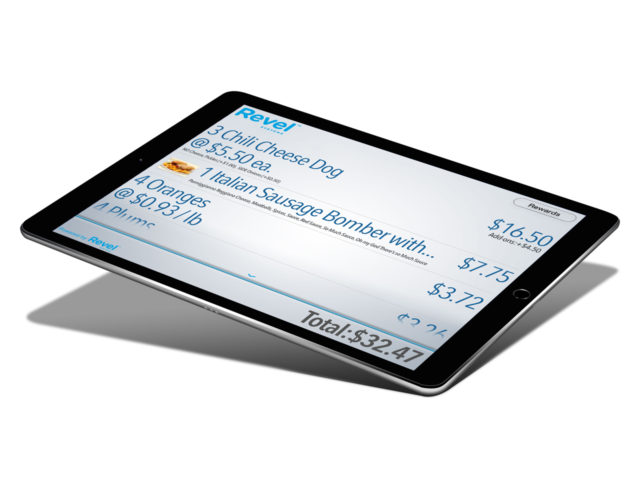 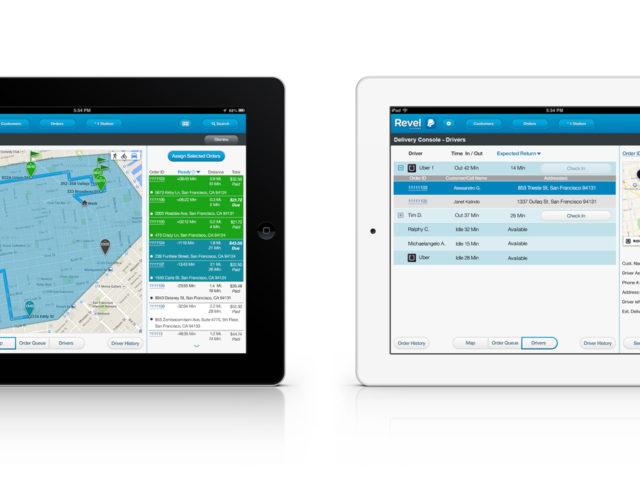 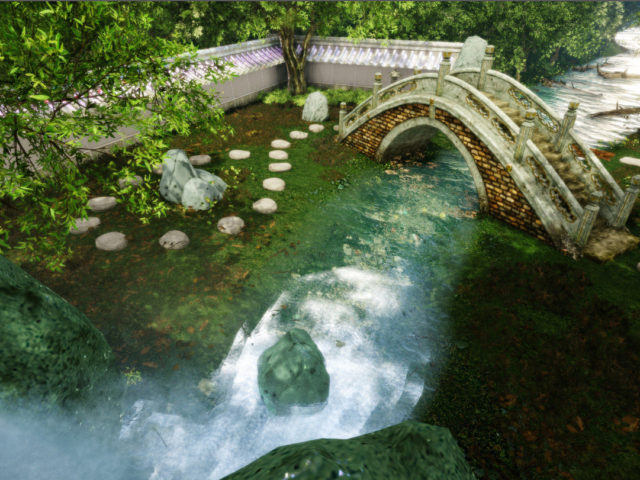 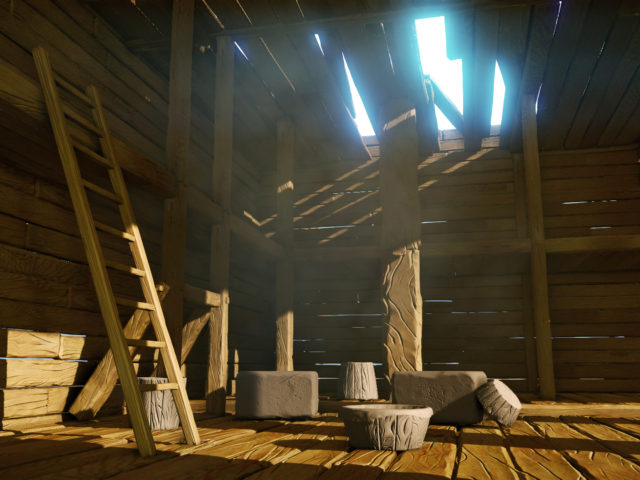